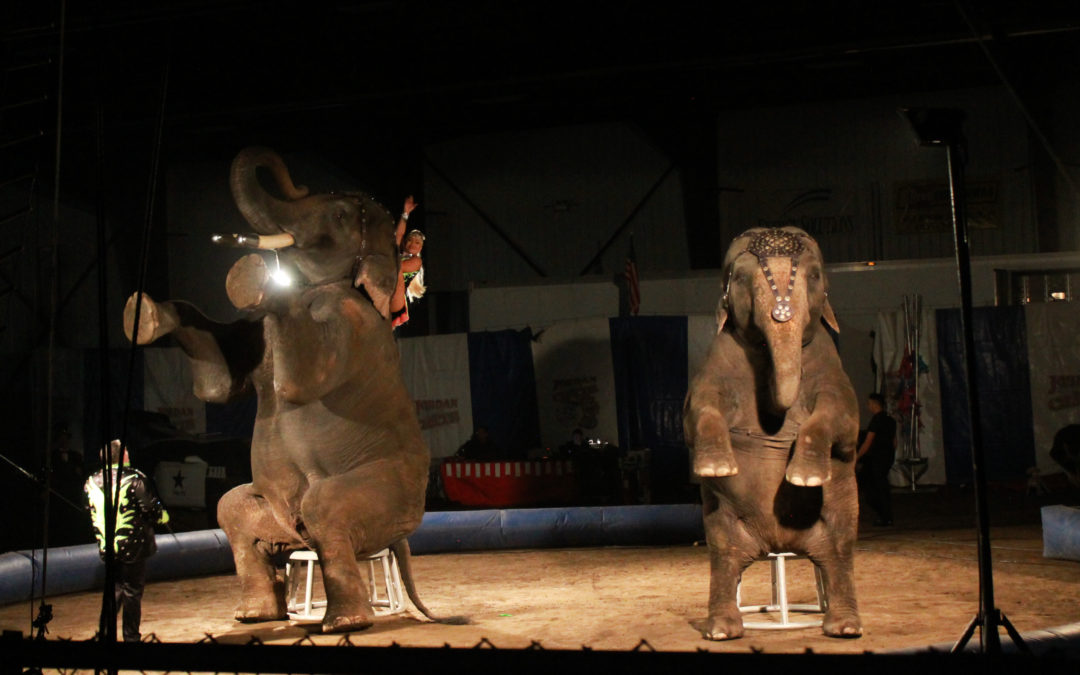 I attended the January 22, 2020 Jordan World Circus at the Deseret Peak Complex in Grantsville, Utah. I was horrified from the minute I walked into the pre-show. Betty, the female elephant at the circus, was used to give rides to attendees who paid extra. Staff would load people onto her back, as many as 9 at a time, and then the trainer would lead her in slowly walking in a circle. 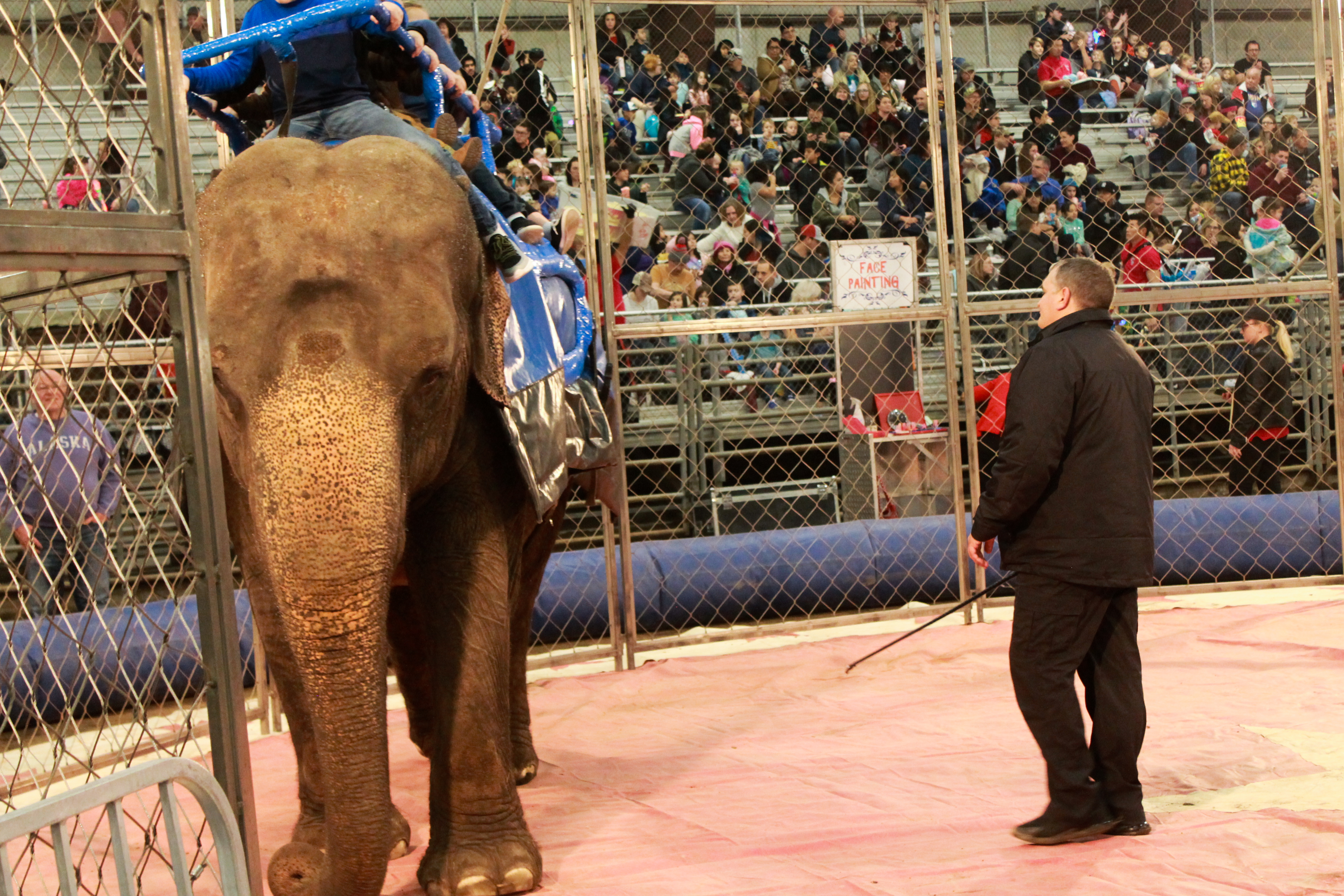 The trainer walked next to her and occasionally lifted his bullhook so that Betty could see it. This is the same tool used for beating and stabbing elephants during training offstage, so the simple sight of it is enough to scare them into submission on stage. Betty was forced to give more rides during the intermission, which lasted 45 minutes.

In the corner of the arena was a train of caged tigers. One of the orange tigers endlessly paced back and forth in his barren metal cage, minute after minute, a clear sign of psychological distress

During the show, I witnessed the tiger trainer crack whips to scare the tigers into performing unnatural tricks, and make camels run around in a circle. When the two elephants took the stage, the trainer again kept the bullhook in seeing distance of the elephants. The elephants were forced into unnatural positions, like sitting upright on stools and standing on their head. 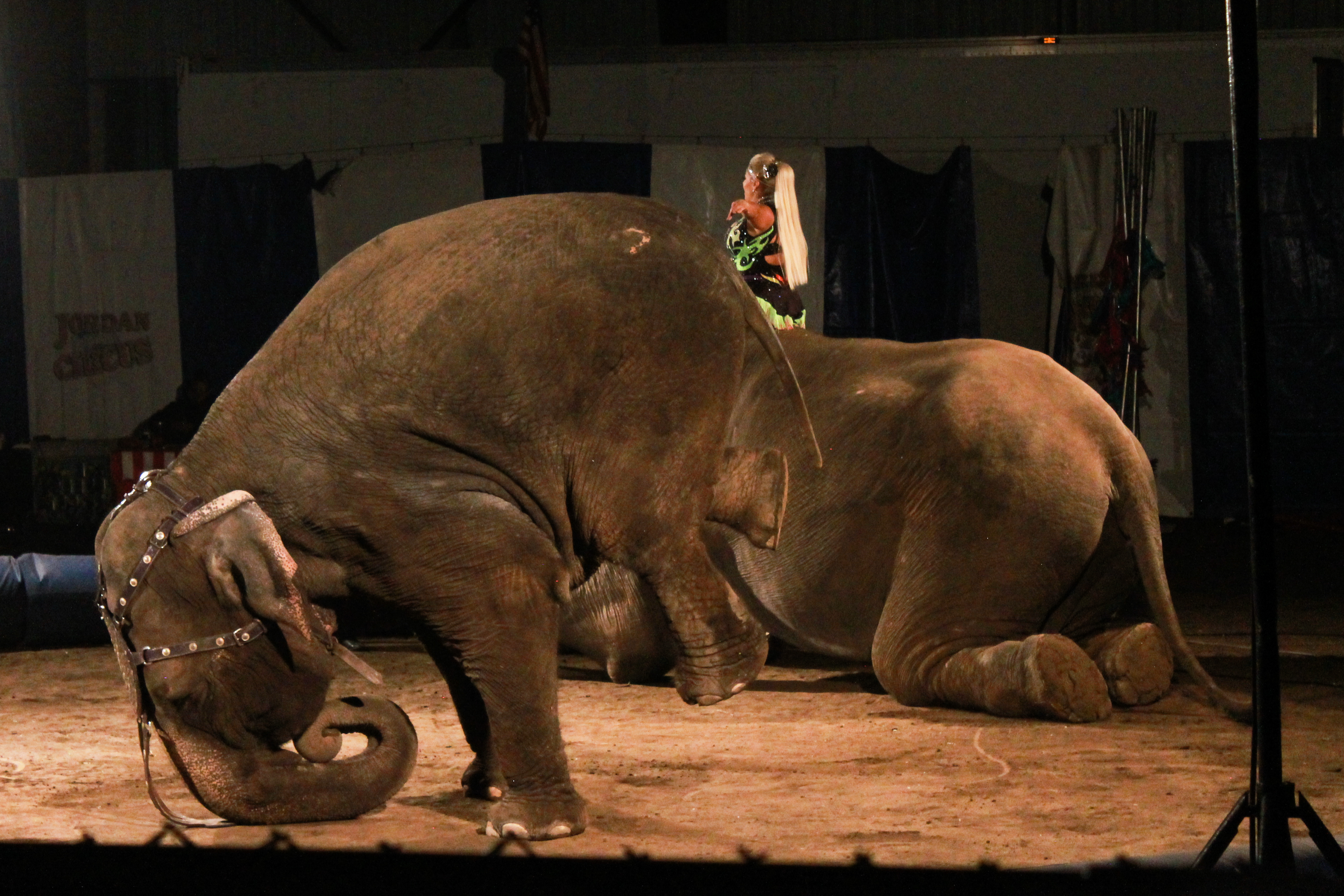 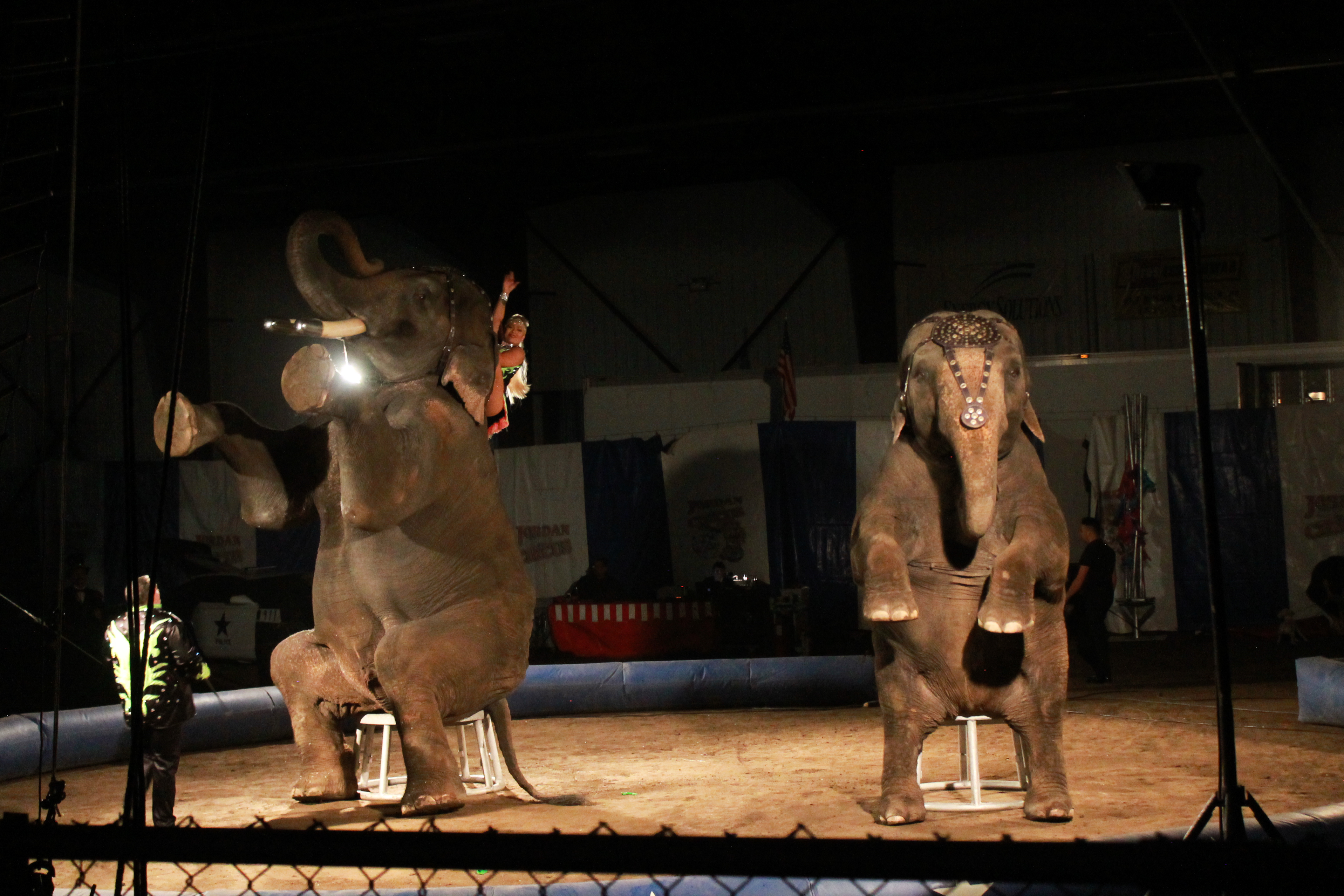 Animal cruelty is inherent to the circus. It’s time we follow the lead of other animal friendly communities and ban wild animal acts from our state, for good.

After hearing concerns from UARC, Salt Lake County Mayor Jenny Wilson’s office has announced that it will disallow Jordan World Circus from using wild animals in its shows next week at the South Jordan Equestrian Center. Salt Lake County has responded to UARC’s concerns with compassion and genuine concern for the animals.