With films like Earthlings and Cowspiracy (now streaming on Netflix), it’s easy to see the ways animals suffer on factory farms, and the devastating impact meat and dairy have on the environment. But as more people start cutting animal products from their diets, the industry’s response has been more secrecy, like the push for Ag-Gag laws. What exactly is going on in our backyard?

Beaver County has the most pigs on factory farms than any other county in Utah, and among all counties nationwide, it ranks 10th  for the most pigs imprisoned on farms. 1https://www.agcensus.usda.gov/Publications/2012/Online_Resources/County_Profiles/Utah/cp49001.pdf More than 2 million pigs were killed in Beaver County in 20122https://www.agcensus.usda.gov/Publications/2012/Full_Report/Volume_1,_Chapter_2_County_Level/Utah/st49_2_012_012.pdf. The USDA Ag Census started withholding the county numbers of animals in factory farms in their public reports, but looking at the data and considering 12 of the 13 large pig factory farms in Utah whose numbers are hidden are in Beaver County, it is safe to assume this estimate is conservative. Beaver County is home to Circle Four Farms, a notorious pig factory farm so large it can easily be seen when you fly over the area. 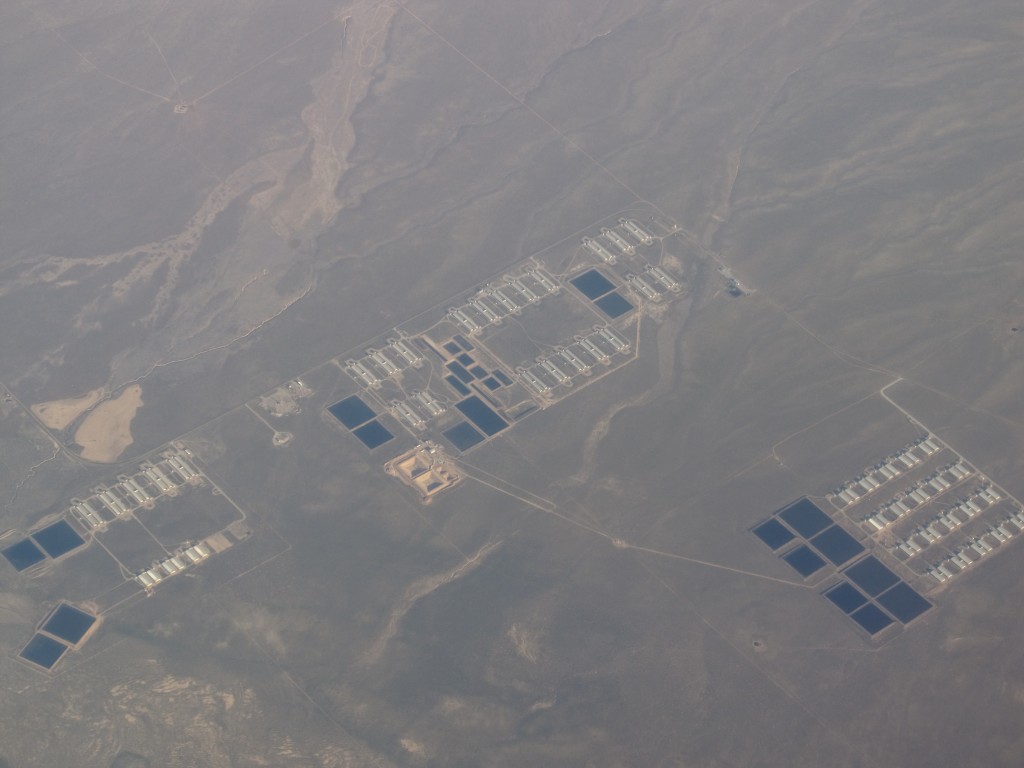 Just one area of pigs sheds and waste pits on Circle Four Farms.

Whistleblowers have come forward from inside this facility and reported that newborn pigs are castrated without any anesthetic. If they aren’t gaining weight quickly enough, farm workers also slam the pigs’ heads on to the concrete, in a procedure they call “knocking.”

You wouldn’t pay someone to tear away a puppy from his mother after a few short weeks, cut off his tail without painkillers, confine him to a filthy and crowded pen on slabs on concrete, and ship him to a terrifying death when he is just six months old. This is the sad reality for pigs on factory farms, who are often compared to dogs for their playful behavior, loyalty, and intelligence.

Unfortunately, Utah is not solely cruel for pigs. Nearly 4.5 million turkeys were killed in Utah in 2012, equal to roughly 512 turkeys every hour3https://www.agcensus.usda.gov/Publications/2012/Full_Report/Volume_1,_Chapter_2_County_Level/Utah/st49_2_019_019.pdf. Sanpete County is the top offender in the state, and the 3rd worst county in the United States 4https://www.agcensus.usda.gov/Publications/2012/Online_Resources/County_Profiles/Utah/cp49039.pdf. While the USDA census report lists 41 turkey farms for Sanpete, it is not clear the size of these farms or the numbers of turkeys killed in them.

Turkeys on factory farms live an unnatural life inside crowded sheds. To keep them alive long enough to make a profit in such confined conditions, factory farm workers cut off part of their sensitive beaks and toes so that they do not kill each other. Turkeys have been drugged, selectively bred, and genetically manipulated to grow unnaturally large and fast, often causing their legs to break under them, leaving them immobilized. When they are only 5-6 months old, turkeys are sent to the slaughterhouse where they will be violently shackled upside down and have their throats slit. Turkeys on a factory farm in Utah.

At the time of the most recent USDA census in 2012, there were nearly 4 million hens confined on just five egg factory farms in Utah5https://www.agcensus.usda.gov/Publications/2012/Full_Report/Volume_1,_Chapter_2_County_Level/Utah/st49_2_019_019.pdf. The county with the most hens is Millard County, despite only having one egg-laying hen factory farm6https://www.agcensus.usda.gov/Publications/2012/Online_Resources/County_Profiles/Utah/cp49027.pdf.

Hens on a “cage-free” farm in Utah.

Some of Utah’s egg factory farms tout their “cage-free,” “certified humane,” and “organic” certifications. This is nothing more than a PR stunt to try to persuade compassionate shoppers to buy their products. Hens on these farms are still confined to windowless sheds, often suffer painful mutilations like debeaking, and at the end of their short life are shipped to the same slaughterhouses as the rest of factory farmed animals where they suffer a terrifying and painful death.

Male chicks born in the egg industry – even so-called “cage free” facilities – are still killed when they are just days old, often by being thrown into a large grinder, as they are not profitable for the industry.

Animals are not the only victims of factory farms, which have unsafe conditions for workers and devastating impacts on the environment. The water footprint of a beef burger is 15 times that of a soy-based veggie burger 7http://waterfootprint.org/media/downloads/Ercin-et-al-2012-WaterFootprintSoy.pdf. In Utah, the vast majority of our irrigated land is spent on crops that only animals can eat, like alfalfa.

In just three decades, food production is likely to consume half of the world’s carbon budget. According to a recent study published in the Proceedings of the National Academy of Sciences, the widespread adoption of a vegan diet would lower food-related emissions by 70%8http://www.theguardian.com/environment/2016/mar/21/eat-less-meat-vegetarianism-dangerous-global-warming.

Switching to a vegan diet is the best action you can take to dramatically reduce your carbon footprint, conserve water, reduce rainforest destruction, and save animals. With vegan-friendly restaurants across the state and more vegan versions of your favorite foods in all grocery stores,  going vegan is easy to do. Check out this How to Go Vegan Guide, and contact UARC  if you need support!