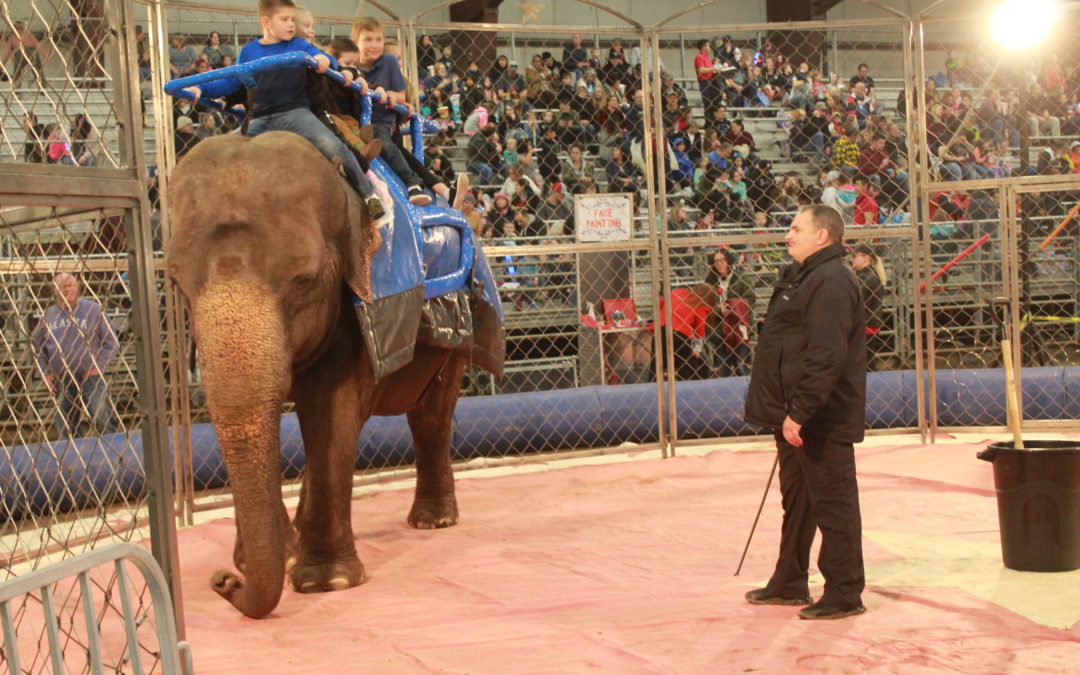 After hearing concerns from UARC, Salt Lake County Mayor Jenny Wilson’s office has announced that it will disallow Jordan World Circus from using wild animals in its shows next week at the South Jordan Equestrian Center. Jordan World Circus is continuing to exploit these wild animals in other acts during its current Utah tour when they visit Ogden, Farmington, and Heber.

Earlier this month, a UARC investigator attended a Jordan World Circus Utah event and documented disturbing suffering. Circus handlers wielded bullhooks, a sharp painful weapon that resembles a fireplace poker. Many cities across the United States have banned circuses from using this cruel device on defenseless animals. UARC’s investigator also saw a tiger confined to a tiny metal cage, spinning in circles endlessly. Such behavior is a clear sign of psychological distress.

Salt Lake County has responded to UARC’s concerns with compassion and genuine concern for the animals. But more has to be done. In order to ensure this decision is made permanent going forward, the county must implement a formal written policy or ordinance. Please help sign UARC’s petition asking that the county implement a formal policy banning the use of wild animals in circuses.