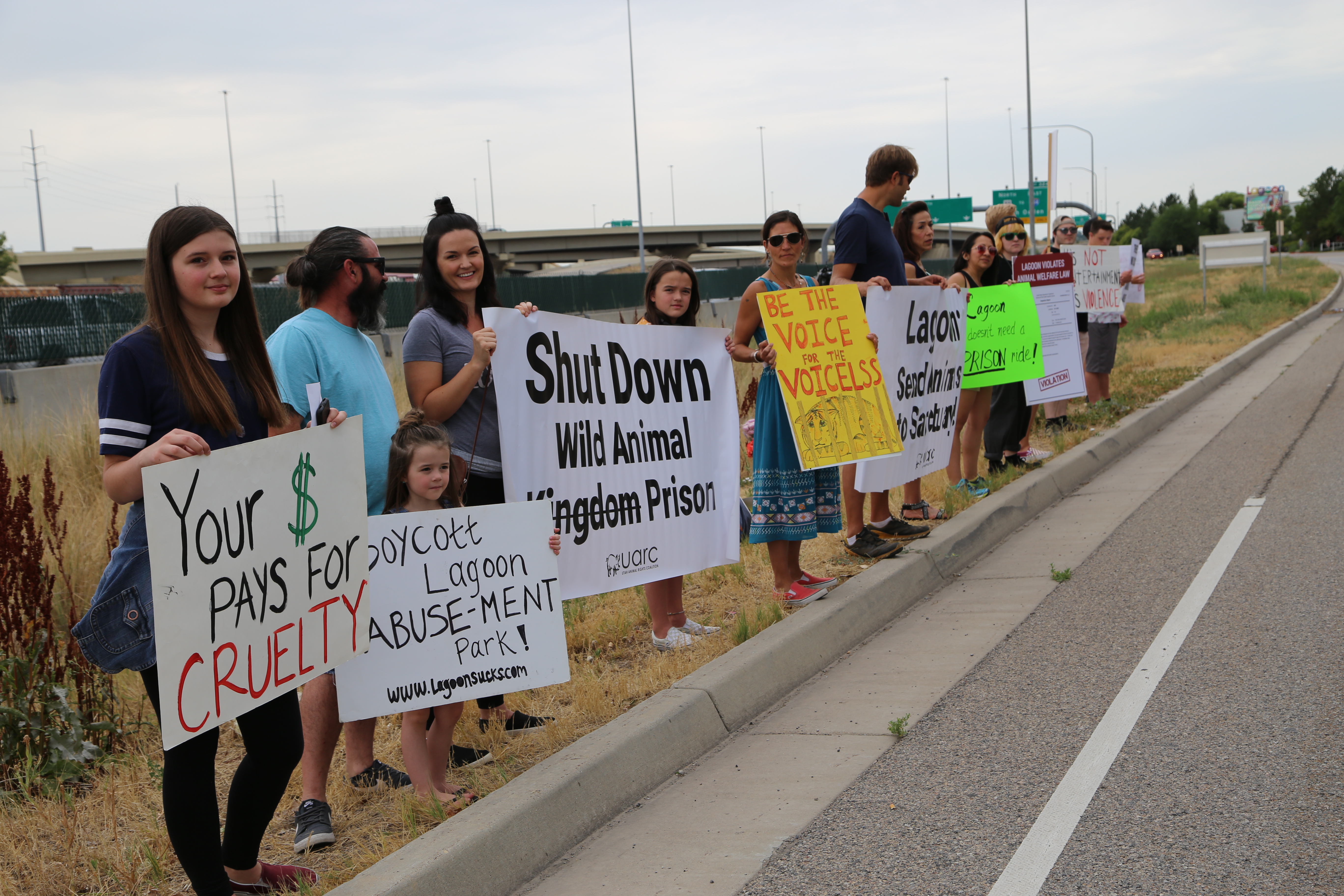 This Saturday, August 31, dozens of members and supporters of Utah Animal Rights Coalition (UARC) will stage a protest outside Lagoon Amusement Park. The anti-cruelty activists are urging Lagoon to retire the park’s captive wild animals – including leopards, tigers, zebras, kangaroo, and a lion – to reputable sanctuaries and permanently close the park’s antiquated “Wild Animal Kingdom Ride.”

“We hear from countless Utahns that seeing miserable animals in tiny cages ruined their fun at Lagoon Amusement Park and  dissuaded them from return visits,” said Jeremy Beckham, Executive Director of UARC. “Lagoon should at least have the good business sense to retire these animals to reputable sanctuaries where they can live happier lives, and replace the “Wild Animal Kingdom” section of the park with a new, modern ride that will actually excite and attract visitors.”

Lagoon operates the largest “zoo” in the state of Utah that fails to meet the accreditation standards of the Association of Zoos and Aquariums (AZA). Lagoon has racked up more than 70 violations of the federal Animal Welfare Act, including a “critical” violation last year when a bison at Lagoon gored and killed a baby elk.

UARC has made repeated attempts to meet with Lagoon management and assist in the placement of their animals in reputable, accredited sanctuaries, where the animals’ enclosures would be measured in square acres rather than squarefeet. Lagoon has refused all such offers. Emails obtained via FOIA reveal that Lagoon management has pressured the USDA to rescind observed animal welfare violations, specifically citing the negative publicity and attention from UARC.